Clickers will bring together a body of work made by the artist over the past year. Consisting of plastic sculpture, stop-motion animation and sound, the gallery will host an exhibition of work made up of mostly salvaged plastic. Davidson creates sculpture in the palette of the everyday vernacular, drawing on souvenirs, hobbies, toys, utensils and packaging. This panoply of materials – false nails, bottlecaps, plastic cutlery, ping pong balls, packaging crates – make up intricate artworks of things which would normally seem incompatible. His materials are the stuff of consumerism; the stuff people put around themselves, understand and ignore. We know these objects, what they are and what they do, but never have we paid them close attention. These found objects are not a strategy per se but act as a catalyst for new assemblages. Collecting or gathering comes first. Davidson pulls apart and reassembles these materials and the narratives they bear, contrasting the familiar with ambiguous forms, explosion with containment, precision with abundance, and gravity with weightlessness.

At its core, Davidson’s works are concerned with utility, mass production, and that which is overlooked. However they dispel any gesture to sustainability, and instead become a playful vehicle for association, where humour and the tactile nature of the found object become apparent. Often dictated by standardised dimensions and colour palettes of plastic manufacture, the works are symmetrically balanced in colour and form. Machine-like, he activates these materials through stop-motion animation with an idiosyncratic soundscape of recorded audio; quotidian bleeps, chirps and beeps that are in conversation within the space.

Throughout his practice, Davidson consciously negotiates his role as an artist fully embedded in the economy of consumerism, questioning where he locates his own place and fascination – what we choose to keep and throw away. Within this entropy of material, Davidson interrogates the ways in which we prescribe value and through assembly, seeks to impose order on an increasingly chaotic world. 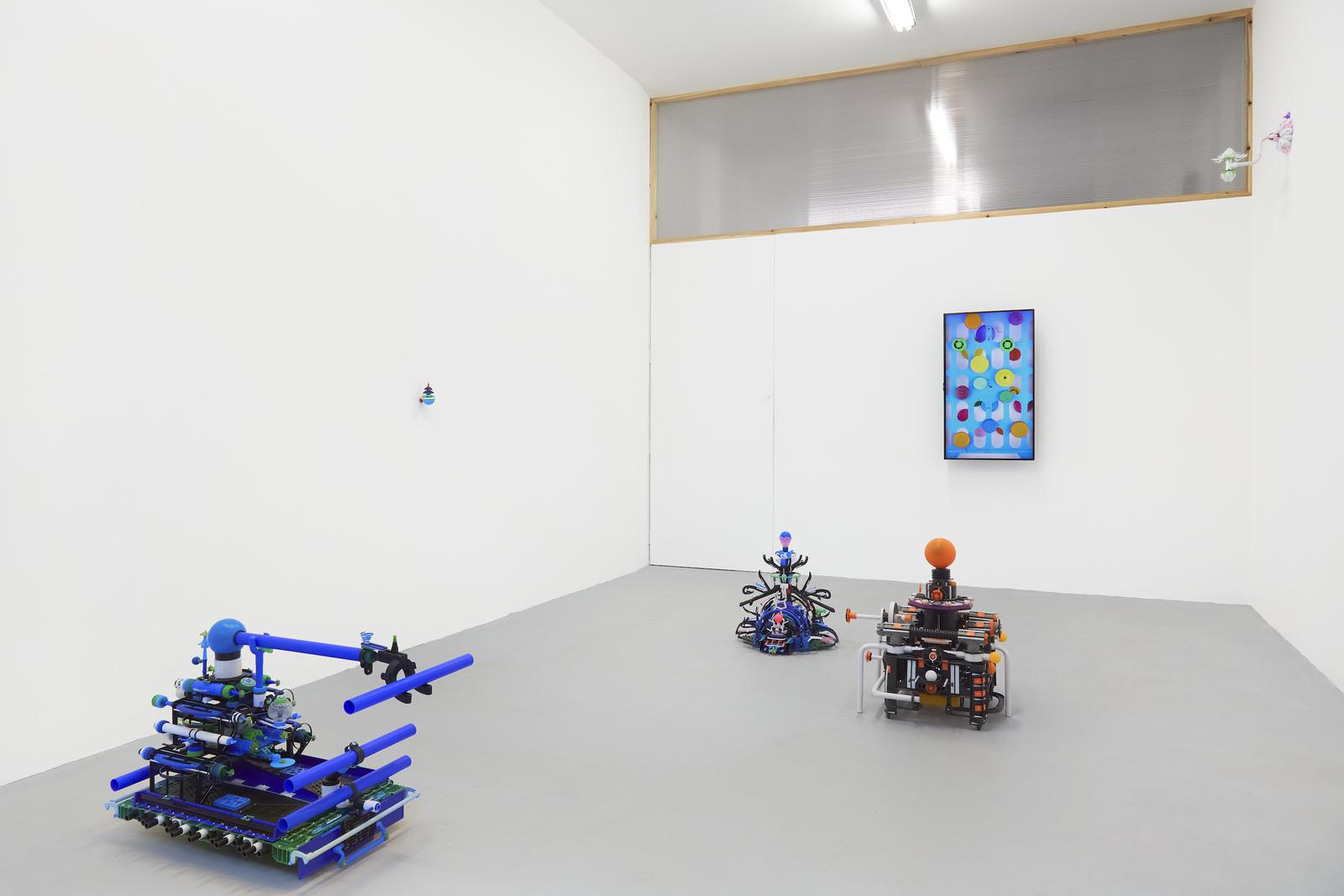